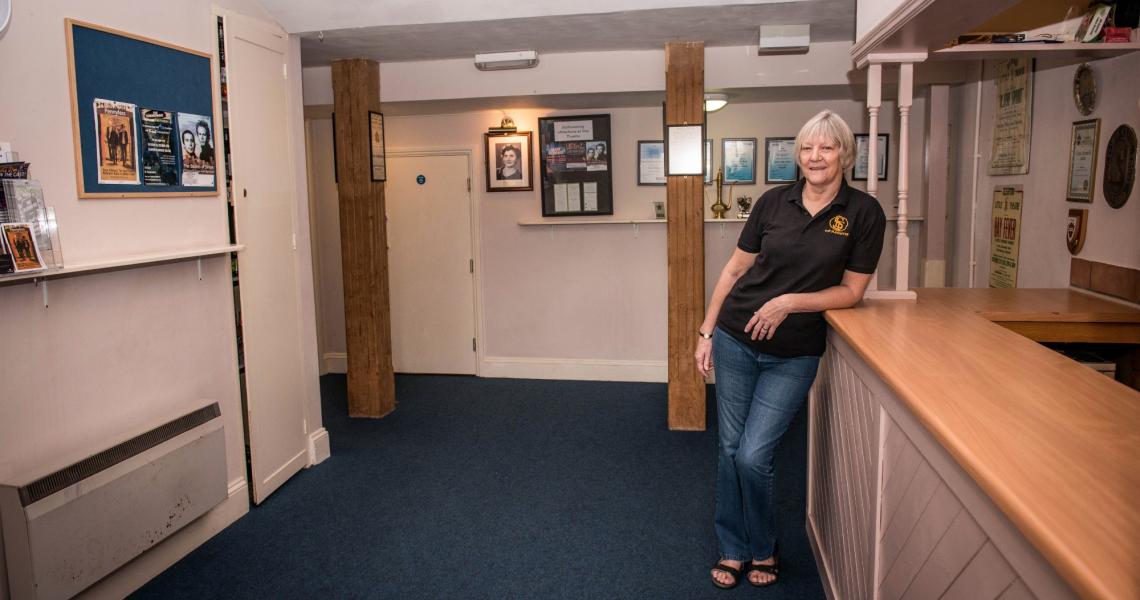 In the summer of 2016, the Trustees of Sleaford Little Theatre agreed to undertake the long overdue refurbishment of the Foyer and bar area in the Playhouse on Westgate in Sleaford.

As first impressions are essential to the overall look of the theatre, by improving the foyer, bar and entrance area we aim to give our existing and new audience members an enriched experience by providing a warm, inviting and comfortable space to relax in before and during the performance interval.

With the new layout of the foyer, volunteers will have an improved working area enabling them to provide an even better service to our audiences.

Throughout the process, the Sleaford Little Theatre trustees, engaged with the local community to seek professionals who would be interested in taking on the task and be sympathetic to the regulations surrounding alterations to a grade II listed building. Following a lengthy process, the trustees were successful in finding a local born architect, Ben Couture of Jardine Couture Ltd, was chosen from several other professionals by the Trustees. As well as the architect the trustees have been supported by the local council who agreed to the planning permission and adherence to the Listed Building requirements.

Simultaneously the trustees began research into available funding grants to enable the project to go ahead. On the recommendation of the architect a bid was submitted to the Arts Council, and after several amendments, we await their final response which should be with us in early 2019.

Also, the trustees tendered for local companies to submit their applications to complete the project and agreed to offer the contract to Willow Homes Lincolnshire Ltd. Other local companies have offered to provide some of the materials to help in achieving the plan. Willow Homes advised the trustees that it will take approximately twelve weeks
to complete the refurbishment which we are hoping will take place from January to May 2019. Due to the improvement work, the trustees have made the decision not to commission a spring production but to partake in the Sleaford Live Festival during May.

On completion of the refurbishment, Sleaford Little Theatre will be holding an open evening for all who are interested in the project. Helping to raise the profile of the Playhouse, and it will showcase the work of the architect, local tradespeople, sponsors and hopefully generate new members for the society.

The Trustees would like to thank Christine Malkin, Garry Goodge and Linda Mallett for their continued and invaluable assistance in taking the project forward and also to Julie Stevenson for her knowledge and expertise in being able to complete the Arts Council Bid.

Future progress announcements will appear on our website, social media and local press.