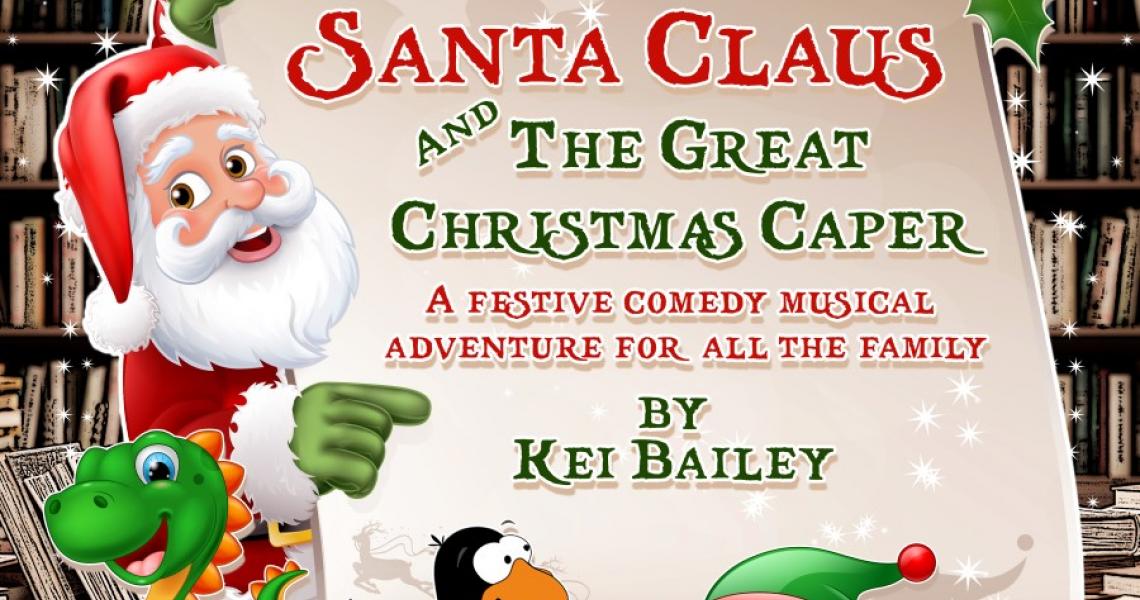 The production will be a festive comedy musical that all the family can enjoy. You can find out more information about the play and the characters below.

Kei is holding open auditions on Friday 5th and Thursday 11th August at 7:30 pm at the Playhouse.  If you cannot attend on those dates but still wish to be involved then please contact Kei whose details are at the bottom of the page.

It will be a fun production to be part of.

Okay, I know it’s a little early to be talking about Christmas but it is only 181 days away and Sleaford’s Christmas show is even closer so here’s what you need to know so far about...

Casey hates their surname, they don’t even like Christmas – all the singing and silliness and sparkles. Casey likes reading science books and nature rambles and sensible stuff like that. So, when an elf appears in the school library looking for help to save their boss, Santa, Casey thinks it must be an hallucination – surely the biggest encyclopaedia has fallen off the shelf and knocked them unconscious. But soon it becomes clear it isn’t a dream and Casey finds themself on an adventure of a lifetime involving a corporate American who wants to take over Christmas, a mad genetic scientist, a petulant talking penguin, unicorns, dinosaurs and, of course, Santa Claus.

Some of the characters

This is VERY subject to change but here are some of the characters peeping out from the inner depths of my imagination . . .

As the play will be an original script, I am especially writing for SLT, I’m keen not to write too many or too few characters so I am asking people to get in touch with me via email, messenger or text to register their interest in being cast in the production. This is very unofficial – it will just provide me with a very loose guideline of how many characters I roughly need. My contact details are: [email protected] or 07813113230.

As I am away working for the first two weeks in September, I would like to cast the roles in August so I can hit the ground running when I begin rehearsals as soon as I return. The open auditions will take place on Friday 5th August and Thursday 11th August at 7:30 pm at the Playhouse.   If you cannot attend on those dates but are interested in auditioning then please contact me.

I’m hopeful many of you will be interested because, as you can see, there are lots of fun roles up for grabs – both large and small!