Polly Perkins and the Lost Treasure of Captain Crabfoot 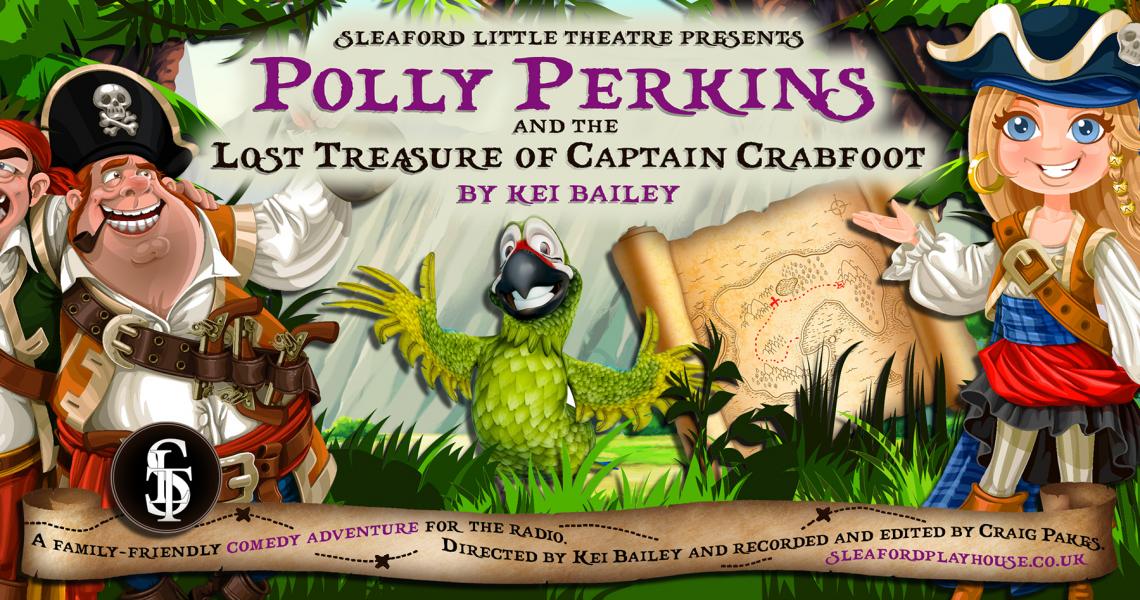 A comedy pirate adventure for all the family

Polly Perkins, a young orphan girl, runs away after being given a strange map by a mysterious fortune teller. She heads straight for the port where she stows away onboard a ship called Neptune’s Kneecap and meets Captain Utterplank and his incompetent crew of pirates.

Before they can throw her overboard, Polly shows them the map and explains it will lead them to the legendary lost treasure of the infamous Captain Crabfoot.

Very soon Neptune’s Kneecap has set sail in search of Earwax Island where the treasure is reportedly buried, and in hot pursuit is the all-female crew of the Sneaky Mermaid who wants to lay claim to the treasure themselves.

Polly Perkins and the Lost Treasure of Captain Crabfoot is a three-part comedy pirate adventure for all the family to listen to, written and directed by Kei Bailey, and recorded and edited by Craig Pakes.

We will have a premiere for all three episodes on Facebook and YouTube so be sure to watch for the announcement of when this will be!

On Board Neptune’s Kneecap

On Board the Sneaky Mermaid

At the Stumble Inn

On Board the Madness of the Seven Seas